Handbag with a handwritten letter of Queen Victoria

The limited edition „Viva Victoria No.1“ includes a total of 33 handbags only. In a concealed section, each bag includes a genuine piece of a handwritten letter of Queen Victoria of England from the year 1855. We cut this rare artefact into pieces under the supervision of a notary, sealed them in acrylic panels and worked them into our luxury bags. Each bag comes with a glossy photo of the complete original document.

The Monarch showed a lifelong interest in political and social matters, as well as in military politics. She stimulated a comprehensive reform of the British army and the renewal of the military hospital system. Even at an advanced age Victoria inspected her troops and visited hospitals, as she had done in erlier years during the Crimean War (1853-1856).

Henry Lord Harbinge was commander-in-chief of the British army in the Crimean war. In her letter of Nov. 26, 1855, the Queen praises the field marshal for his excellent dispatches from the military front, which she had studied carefully. 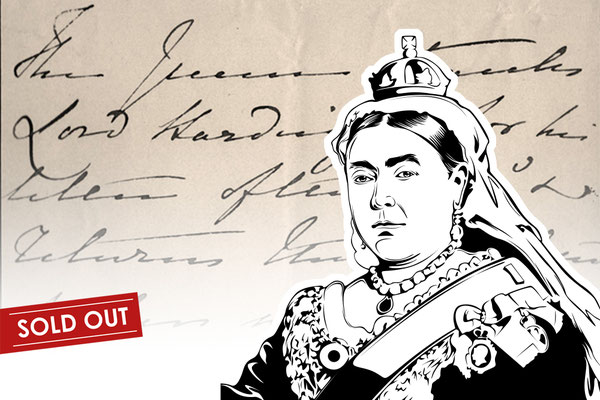 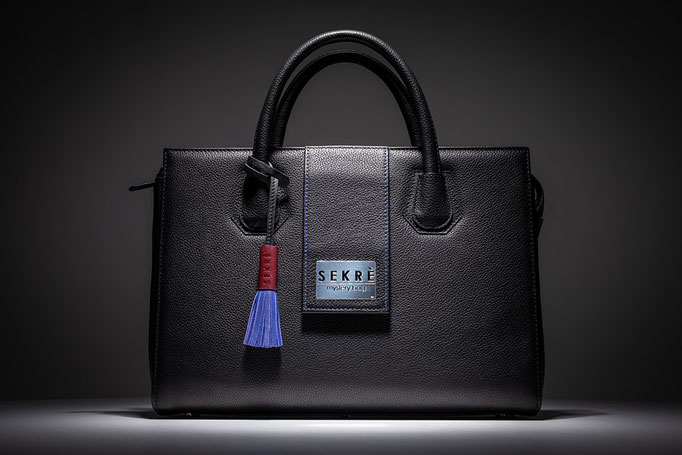 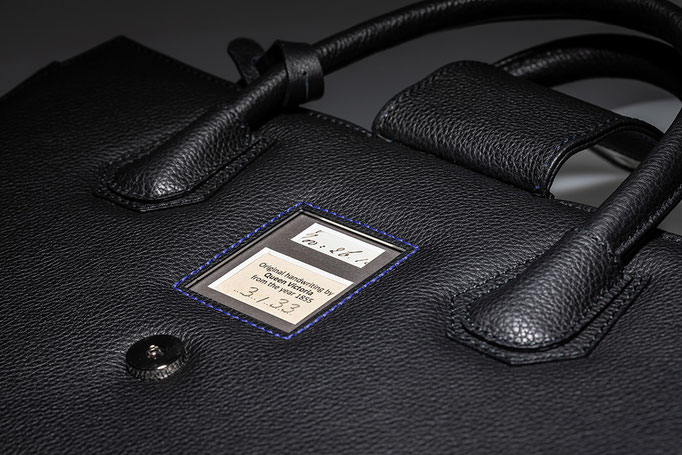 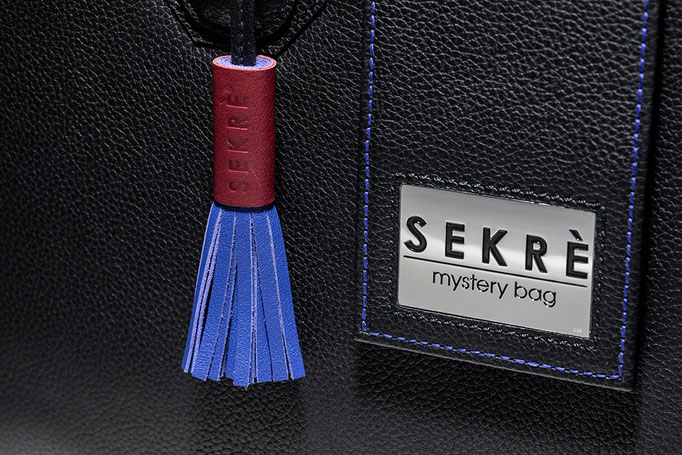 Victoria, Queen of the British Empire, Empress of India

Without Queen Victoria, the most powerful woman of the 19th century, the British monarchy would hardly have survived. She was the first British monarch to also bear the title ‚Empress of India‘. Victoria is mainly remembered for two things: Her long reign of almost 64 years and the enormous number of her descendants. An entire era, the 'Victorian Age', was named after her. Already during her lifetime she was regarded as the personification of the British Empire.

Through cleverly arranged marriages of her nine children and 29 grandchildren, the matriarch became the proverbial "grandmother of Europe".

When she was born on May 24, 1819, in Kensington Palace, London, the daughter of Duke Edward Augustus of Kent and his German wife Victoire was  only fifth in the line of succession to the throne. However, since the British royal dynasty lacked legitimate successors, Victoria became Queen of the United Kingdom after the death of the king, her uncle William IV.

Victoria was considered a strong-willed and resilient, sometimes irascible child. Her father had died when she was only 8 months old. Her mother was extremely protective, and Victoria was raised largely isolated from other children. The young girl received a rather conventional education, which did not prepare her for the throne at all.

She later described her childhood as "rather melancholy". Queen Victoria, only about five feet tall, was 18 at her accession. On her Coronation 1838 at Westminster Abbey Thomas Carlyle described her as “Poor little Queen! She is at an age when a girl can hardly be trusted to choose a bonnet for herself, yet a task is laid on her from which an archangel might shrink.”

Victoria's first instruction as a queen was to remove her bed from her mother's bedroom "into a room of her own!"  She thus put an end to her joyless, cramped youth and escaped her dominant mother.

Nevertheless, she was subject to public criticism as she often acted very emotionally. There were calls for the Queen to marry, as it was expected that a husband would have a moderating influence on her temperamental outbursts.

On October 10, 1839, a (second) meeting with her German cousin Prince Albert of Saxe-Coburg and Gotha was arranged. Victoria soon fell in love with Albert, whom she regarded not only as a 'beautiful man' but also as a supporter and protector. Only five days later she proposed to Albert, as the protocol required. "I am the happiest person," Victoria described her impressions in her diary. The wedding took place in February 1840.

At first, Albert was not considered equal to the Queen and acted rather as private secretary in all public and private affairs up to the question of her wardrobe. It was not until 1857 that he was given the title "Prince Consort" with all of associated privileges. Over the years Albert became the most important political adviser as well as the Queen's companion. Nevertheless, she was a very power conscious person who acted quite independently and loved to have things under control. All in all, the marriage between Victoria and Albert was a very happy one, it lasted for almost twenty-one years.

Under Victoria's reign, England made its way into modern times. The British Empire reached its greatest expansion and England became the world's leading trading, economic and maritime power.

While other superpowers were bound by conflicts in Europe, Britain expanded its supremacy by concentrating on trade. During periods of upheaval the Queen survived assassinations, crises and criticism by the press, which became more and more influential. Between 1840 and 1882 seven attempts were made on Victoria's life – her courageous attitude towards these attacks greatly strengthened her popularity.

During her reign, child labour and women's labour was reduced, corn duties were abolished and electoral reforms were introduced. Compulsory education became mandatory, military officers were no longer allowed to buy their position.

The new social legislation improved both the life of the workers and the legal rights of women step by step. England was experiencing unprecedented technical and medical progress.

Always at the Queen’s side was her 'beloved Albert'. He worked himself to the bone and exhausted his energies to such an extent that he died early in December 1861. The 42-year-old Victoria was devastated. She entered a state of mourning and wore black for the rest of her life.

For years she avoided public appearances. In the mid-1870s, Victoria said farewell to her self-imposed isolation and began to resume her public duties.

Britain’s population no longer perceived her as ‚Widow of Windsor‘, but as the  revered Mother of the Country. The Queen stood for continuity and constancy and became the symbol of the British Empire and its achievements.

Victoria took an active part in politics until her death, even health problems during the last two decades of her life could not prevent her from doing her duties. On 22 January 1901 Queen Victoria died at the age of 81 at her country estate Osborne House.

With a more than 63 year term of office, Victoria was the longest-reigning British monarch only surpassed by her great-great-granddaughter Elizabeth II.