The limited edition „Femme Fatale No.1“ includes a total of 66 handbags. In a concealed section, each bag includes a genuine piece of one of two letters from November 1963, handwritten by the world-famous star. At this time, the opera director Rolf Liebermann tried to persuade her to perform in his production of the operetta ‘Fledermaus’. We cut these rare artefacts into pieces under the supervision of a notary, sealed them in acrylic panels and worked them into our luxury bags. Each bag comes with a glossy photo of the complete original documents.

Marlene Dietrich had her breakthrough with her performance as Lola Lola in the movie 'The Blue Angel' in 1930 in Berlin. In Hollywood she started her international film career under the direction of Josef von Sternberg, who staged her as a femme fatale. At the age of 50 Dietrich began a second world career as a singer /entertainer, Performing all the way to her late seventies.

In her note of Nov. 7, 1963, written on a letterhead of the London Hotel Dorchester, Marlene told the opera director Rolf Liebermann that he would be able to reach her shortly at her private address in Paris. In her follow-up letter from Paris of 23 November, she asked him for more details on his forthcoming project: "I cannot imagine that it is impossible for you to at least tell me the basic idea. I travel a lot back and forth...". 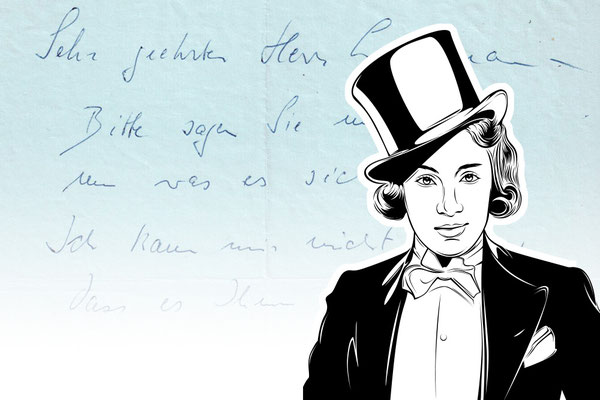 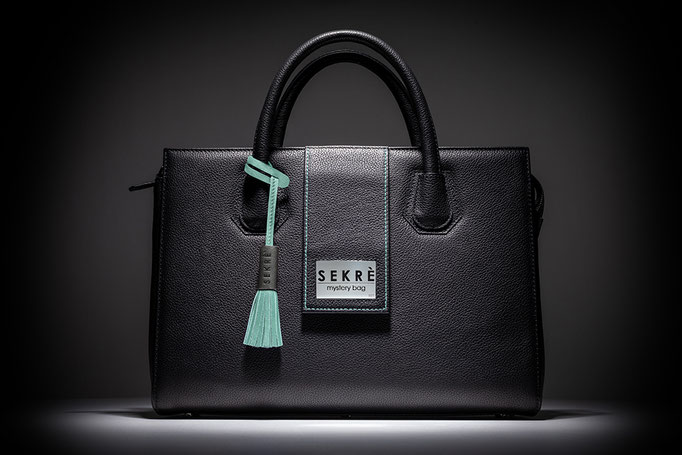 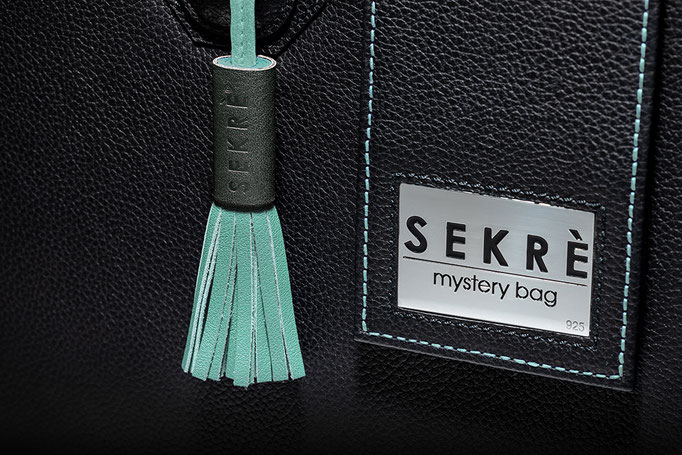 Marie Magdalene 'Marlene' Dietrich, born in Berlin in 1901, was the first German artist to become an international star and style icon. In the 1920s, she acted in minor roles on various Berlin stages and in silent movies, making her film debut in 1922. In 1930 she gained international fame with her performance as Lola Lola in the sound movie 'The Blue Angel'. For decades she was a celebrated star representing glamour, elegance and perfection. In 1999, the American Film Institute named Dietrich one of the 25th greatest female star of classic Hollywood cinema.

In 1930, Marlene landed a big success with her role as Lola Lola, a cabaret singer in a crummy harbour bar called 'The Blue Angel'. The director Josef von Sternberg had discovered her while searching for the 'ultimate feminine role model' for this movie, and cast her against a lot of resistance.

It was the first sound movie of the German UFA (Universum Film AG) and it was shot simultaneously in German and English. The ‘Blue Angel' did not only mark the beginning of Marlene Dietrich's international fame, but is also regarded as one of the few worldwide successes of German film.

The film is based on the German novelist Heinrich Mann's book 'Professor Unrat' ('Professor Unclean'). It tells the story of a school teacher, who falls in love with the vaudeville singer Lola Lola and dies of this love.

Although the male leading actor had been set as the actual star, the whole city of Berlin spoke of a 'Dietrich film' already during the shooting. The film introduced her later signature song ‘Falling in Love Again’, which she performed with lascivious nonchalance. A film critic commented: "Her voice seems to come directly from her belly. It is just as provocative as the piece of white flesh showing on top of her black silk stockings." Also Heinrich Mann noted while on the set: "The success of this film will be primarily the naked thighs of Mrs. Dietrich".

Von Sternberg, who was already established in Hollywood, got the actress a contract with his film company Paramount. He significantly influenced her image and largely promoted her film career between 1930 and 1936.

Once arrived in Hollywood, the transformation of pudgy Marlene into a diva and femme fatale began. Being the strong-willed daughter of a Prussian police officer, she called herself a soldier all her life and had no mercy on herself. Within a few weeks Marlene slimmed down and lost 30 pounds of weight. She ordered an exquisite tailor-made wardrobe and perfected her make-up. She even sacrificed four back teeth to accentuate her cheeks. With her prominent cheekbones, her bedroom look and her gorgeous legs, perfectly staged by the 'magician of light' Josef von Sternberg, the lifelong icon 'Dietrich' was created.

In the following years she became a cinema attraction with a range of films under the direction of Sternberg. In 1930, she starred together with Gary Cooper in her first American movie 'Morocco', playing the nightclub singer Amy Jolly who was torn between two men. This role immediately earned her an Oscar nomination as best actress.

Von Sternberg took up the challenge of transforming 'the little German housewife' into a fancy cabaret singer with a lascivious touch. The film nearly caused a scandal: It is best remembered for the sequence in which she performed a song dressed in a man's white tie and kisses another woman, both provocative for the era.

In the movie 'Shanghai Express' of 1932, Marlene was cast as the adventure-loving Shanghai Lily. In 1934, she portrayed the German princess Sofia, who rose to the rank of Czarina of Russia in the film 'The Scarlett Empress'. In the 1935 film 'The Devil is a Woman', Dietrich could be admired as the passionate dancer Concha Perez.

Paramount insured the legs of their contracted actress for the sum of 1 million dollars – an enormous amount at the time. In America she quickly became so popular, that telegrams and letters with the address 'Marlene Hollywood' were safely delivered to her.

From the 1950s, Dietrich started a second career as a singer and cabaret artist, performing live in large theatres in major cities worldwide.  Her stage clothes were breathtaking, and her 'One-Woman-Show' fascinated her audiences even at an advanced age. For a period of more than 20 years she was one of the internationally best paid show stars.

After an accident in 1978, the artist left the stage for good and withdrew to her Paris apartment on Avenue Montaigne 12. She spent the final years of her life in complete privacy, never showing to the public again.

Until today Marlene Dietrich is the only German superstar with worldwide reputation.  And this was her own perception of herself: "I'm not an actress – I'm a personality."