Handbag with a handwritten letter of Empress Maria Theresia of Austria

The limited edition „Madam Kaiser No.1“ includes a total of 84 handbags. In a concealed section, each bag includes a genuine piece of a handwritten letter of the Austrian Empress Maria Theresia from the year 1756. We cut this rare artefact into pieces under the supervision of a notary, sealed them in acrylic panels and worked them into our luxury bags. Each bag comes with a glossy photo of the complete original document.

Immediately after her accession, Frederick II of Prussia had invaded and conquered the Austrian duchy of Silesia.

When entering the Seven Years' War, Austria tried to recapture Silesia. With her letter of September 1756, Maria-Theresia granted her field marshal Maximilian Browne (he was of Irish descent) unrestricted authorisation for the deployment of the army: "...there is nothing to be imposed on Him, it is entirely left to Him...“. 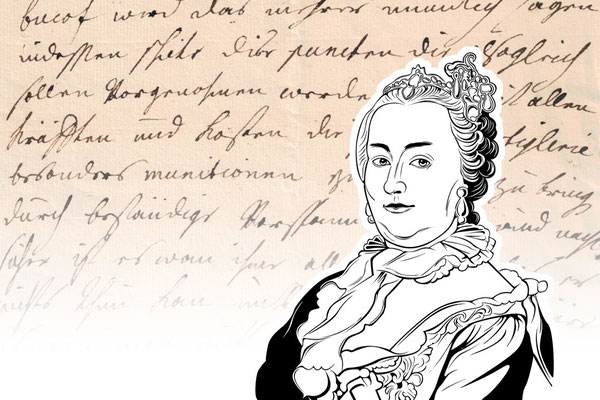 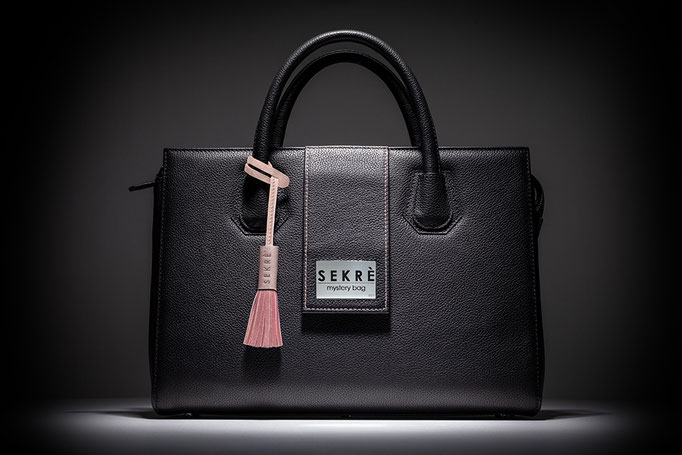 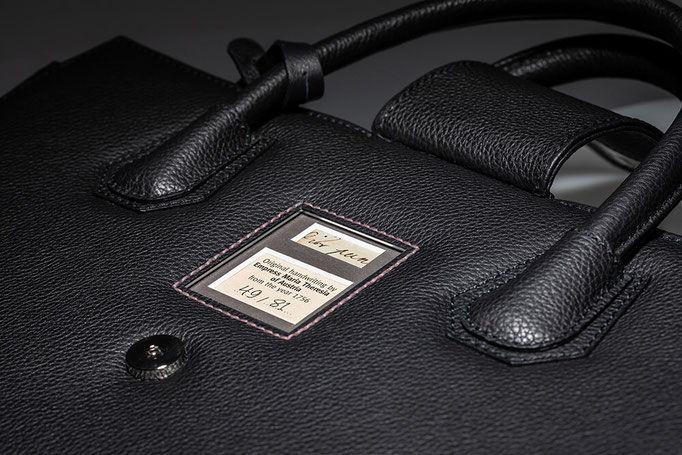 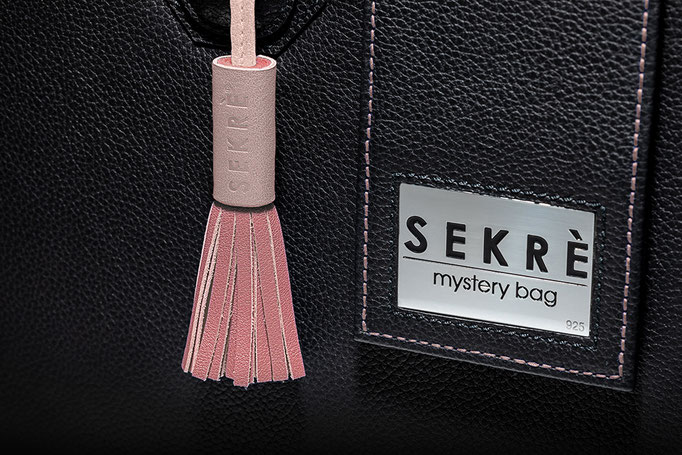 Maria Theresia of Austria was the only female head of the Habsburg Dynasty. She remained the uncrowned ‘Madam Kaiser’ for life. Her consort Franz I. Stephan was politically unambitious, yet she pushed through his election as emperor in 1745. Although her spouse was the official sovereign, his resolute wife led the government affairs for 40 years until her death. Nevertheless, Franz Stephan stood steadily by Maria Theresia's side, helping her to select competent advisors and increasing the family's wealth with his talent in financial matters.

The Habsburg woman had 3 different roles to play, some of which were contradictory: Being the wife of a beloved but flirtatious husband with constant extramarital affairs, mother of 16 children and ruler of a an enormous empire.

In 1740, after the sudden death of her father, Emperor Charles VI, the young heir took over a heavy inheritance. The invasion of the Austrian province of Silesia by the Prussian King Frederick II caused a serious political crisis. At home, reforms had to be initiated to modernise the state.

When the 23-year-old Archduchess took office, the other European sovereigns saw a chance to defeat the powerful Habsburg Empire and divide it among themselves. But they had not anticipated the courage, energy and diplomatic skills of the young woman. To her own regret, she had been prepared insufficiently for the role of heir to the throne through her upbringing.

A verdict of Frederick the Great sums up the essence of Maria Theresia's character very well : „Now the Habsburgs do have a man at last, but unfortunately it's a woman“.

Domestically, the monarch implemented significant reforms, including the judiciary and education system, which curtailed the strong influence of the nobility. She also succeeded in reforming the tax system as well as introducing higher tax payments for noblemen and clergy, against the bitter resistance of those affected.

In matters of foreign policy, Maria Theresa perceived herself first and foremost as the ruler of a multi-ethnic state. She sought to strengthen the power of the House of Habsburg primarily through a smart marriage policy. The Empress  gave birth to 16 children, thirteen of whom survived infancy.

For her surviving children, she established advantageous marital relations with foreign states at a very young age of the infants. She expected her sons and daughters to subordinate their personal ambitions to the welfare of the state. This is well reflected in the marriage of her daughter Marie Antoinette to the French dauphin, who tragically ended on the guillotine during the French Revolution.

When her beloved husband Franz Stephan died in 1765, she proclaimed her eldest son, the later Emperor Joseph II, a co-regent. But Maria Theresa, who considered herself an absolute monarch, albeit with a tendency towards reforms, still had the final say.  Not very suprisingly, this joint reign contained a lot of dynamite. Moreover, Joseph was very  open-minded man towards the radical ideas of the Enlightenment. His mother's greatest adversary, Frederick II of Prussia, of all people, was his declared role model.

During her 40-year reign, Maria Theresa earned the respect of many other European monarchs. Even her lifelong antagonist Frederick II, whom she used to call 'Monster', paid her respect. After her death in 1780 he said: "I waged war with her, but I was never her enemy. She has done honour to her throne and to her gender."