»In Love with Countess Auguste No.1«

Handbag with a handwritten letter of King Frederic William III

The limited edition "In Love with Countess Auguste No.1“ includes a total of 160 handbags only. In a concealed section, each bag includes a genuine piece of a handwritten letter of the Prussian King Frederic William III.  We cut this very personal artefact into pieces under the supervision of a notary, sealed them in acrylic panels and worked them into our luxury bags. Each bag comes with a glossy photo of the complete original document.

In Love with Countess Auguste No. 1

Frederic William had been a widower for 14 years and felt lonely, when he met the then Countess Auguste von Harrach while on a spa treatment in the Bohemian town of Teplitz.

He immediately felt attracted to the charming, kind and gentle personality of Auguste. He perceived her as a 'sympathetic, educated' companion and hoped that she would love him 'like a daughter'.

The king married Auguste, who was 30 years younger than him, in 1824. By her marriage she became Princess of Liegnitz and Countess of Hohenzollern.

The letters that Friedrich Wilhelm wrote to his young wife are completely different in style and tone from his usual harsh military language. In his letter of 1829 he talked in tender words about private issues and assured her of his affection and respect. 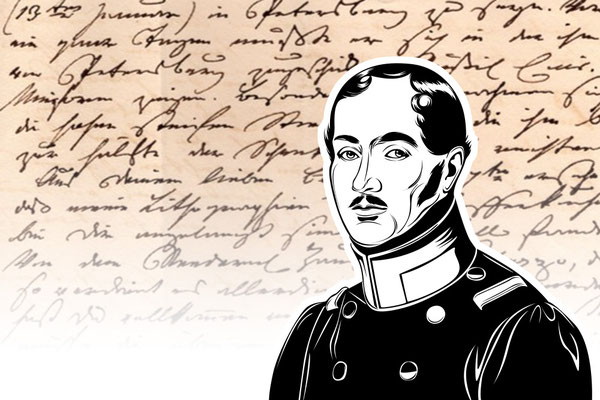 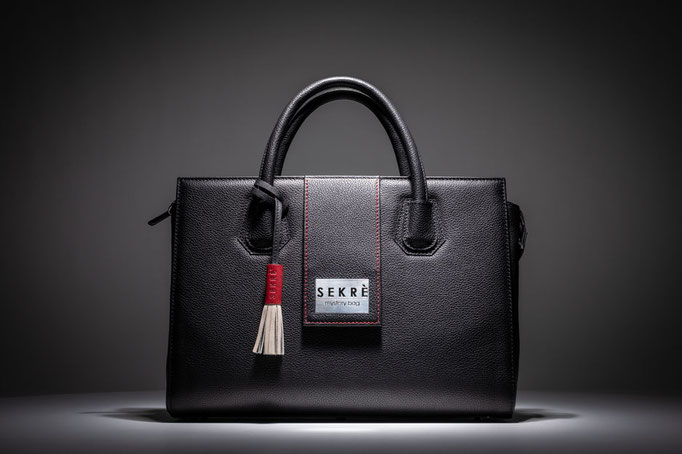 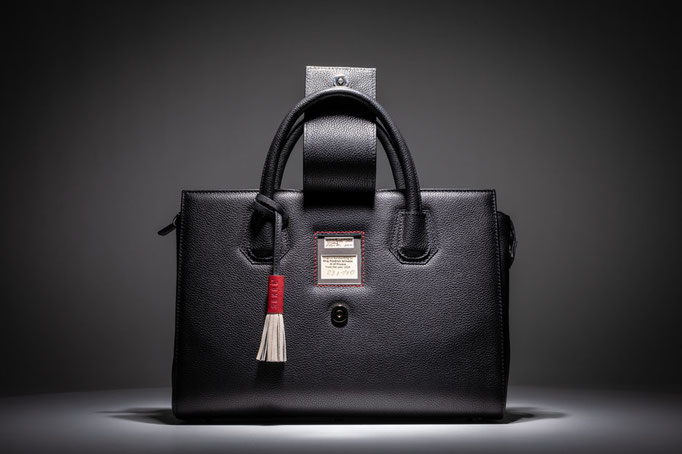 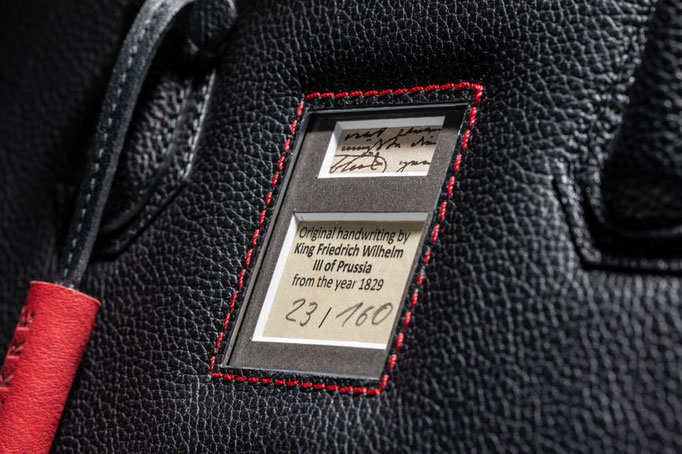 Descendant of the Hohenzollern dynasty and grand-nephew of Frederick the Great. He initiated reforms that abolished the typical absolutism of the German monarchy  and led to a modern state.

As a child Frederick was rather inhibited and taciturn. To an extent his shyness certainly resulted from his upbringing, which was characterized by military drill rather than by loving care. At the age of four the young boy was separated from his parents. Together with his teacher he moved into an apartment in Potsdam castle near Berlin to be prepared for the succession to the throne. In Potsdam his uncle Frederick the Great led a strict regiment. The more than 70 year old man personally supervised the education of the crown prince along the principles of obedience and discipline.

The seven year old prince received his first uniform from Frederick the Great as a gift. He expressed his gratefulness  with a letter in French signed with 'Votre petit neveu Frederic Guillaume'. When he was 10 years old his uncle gave him a riding horse, at the age of 14 he entered the Potsdam Guard Battalion in the rank of a second lieutenant.

As a child, the Guard Battalion was the place where the heir to the throne felt most comfortable. This led to his lifelong passion for military parades and uniforms.

The King as a reformer

All in all, he was the opposite of his father King Frederick William II. This vivacious and fun-loving man had brought the country to the brink of bankruptcy with his favoritism, mistress economy and constant warfare. After his father's death in 1797, the young king decided to put an end to everything that contradicted the commandments of justice, incorruptibility and thrift under his reign. Being a downright pacifist, his foreign policy goals were neutrality and peace, so he often acted as a mediator in European conflicts.

The so called 'Prussian reforms' transformed Prussia into a modern state. The king no longer ruled as an absolutist monarch, but delegated responsibility to his top officials.  They advised him and independently implemented directives in their departments.

During his regency the peasants' serfdom and compulsory labour were abolished in 1807. The state guaranteed freedom of occupation and free acquisition of property. From now on farmers were allowed to settle in the  cities, city dwellers were able to acquire farmland and aristocrats could take up bourgeois occupations.

The king entrusted the famous scholar Wilhelm von Humboldt who founded the University of Berlin in 1809, with comprehensive educational reforms. The school system was also reformed fundamentally and vocational training was improved.

Promoting the training of specialists and entrepreneurs was also important for the age of industrialization, that was just at its beginning.