Luxury handbag with a handwritten letter of Princess Grace of Monaco, formerly known as Grace Kelly

The limited edition „Cool Blonde No. 1“ includes a total of 56 bags handmade in Germany. In a concealed section, each bag encloses a genuine piece of a handwritten letter of Princess Grace of Monaco from the year 1970. We cut this rare artefact into pieces under the supervision of a notary, sealed them in acrylic panels and worked them into our luxury bags. Each bag comes with a glossy photo of the complete original document.

On August 7, 1970 Princess Grace wrote a letter on monogrammed princely stationery to the newspaper columnist Leonard Lyons. She thanked him in cordial words for a recent article and chatted about family matters:

Many thanks for the recent column on Monteccattini & the photos... 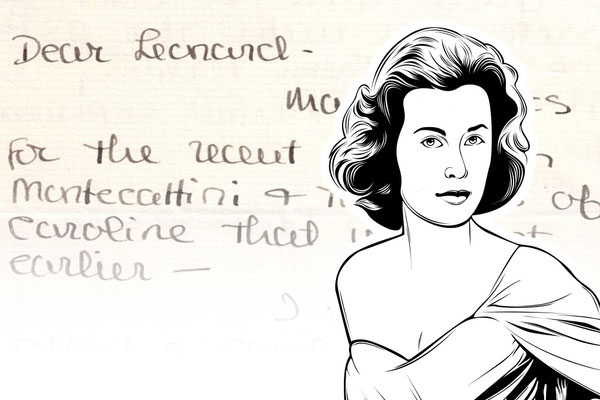 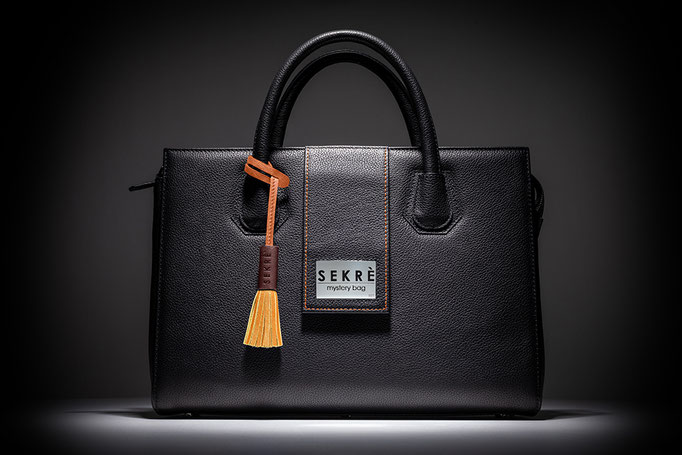 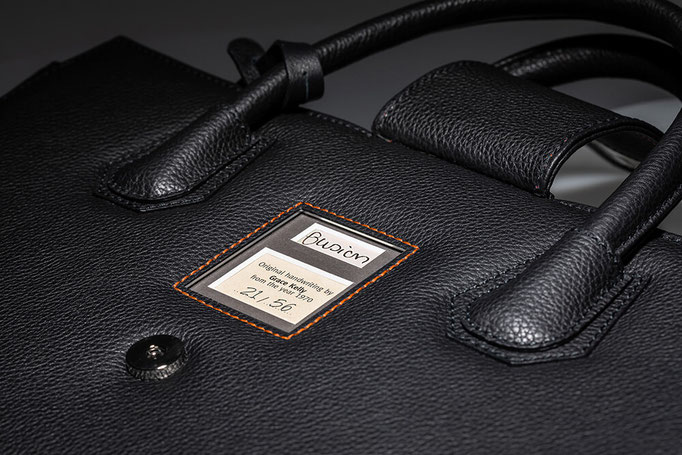 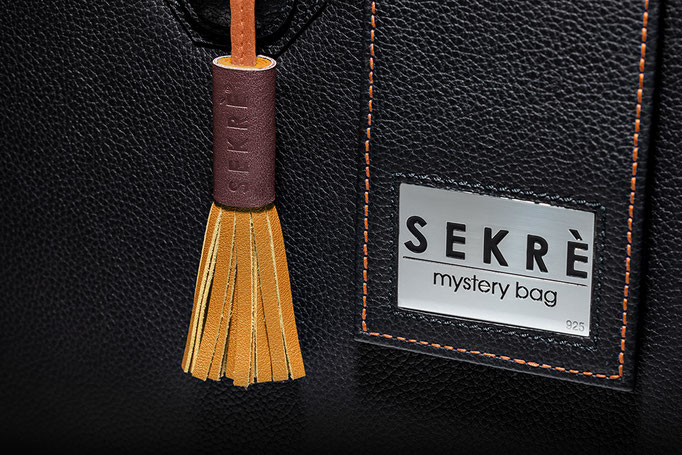 The American Oscar-winning actress Grace Kelly, later to become the Princess of Monaco, was considered already during her lifetime to be the personified combination of the American and the European dream. Even today she is still among the most admired women in the world and stands for the epitome of beauty, grace and style.

Daughter of a millionaire

Grace Patricia Kelly was born in Philadelphia, the third of 4 children of a millionaire building contractor. In her youth she was constantly in search of recognition. Above all, the unassuming and shy girl could never please her strict father, a typical self-made man.

After successfully completing her education with the American Academy of Dramatic Art in New York, she first worked as a model and appeared on the cover of magazines such as Cosmopolitan. At the same time, she did advertising for toothpaste and cigarettes to become financially independent from her father.

In Hollywood, the career of the only twenty-two-year-old actress quickly took off. Grace laid the foundation for a great career in 1954 with her first major film 'High Noon' co-starring Gary Cooper. For her leading role in the film 'The Country Girl' she received a Golden Globe and the Oscar for Best Actress in 1955. When she told her father about this award, beaming with joy, he is said to have commented succinctly he did not know anyone by the name of 'Oscar'.

Her father's philosophy is perfectly reflected by the following words from Grace: "My Father had a very simple view on life: you don't get anything for nothing. Everything has to be earned, through work, persistence and honesty."

She soon caught the attention of the film director Alfred Hitchcock. With the help of his congenial costume designer Edith Head, he transformed Grace into his ideal of an elegant, beautiful cool blonde with a fire blazing beneath the icy surface.

The following scene is legendary: The seemingly cool blonde turns at the doorstep, gives Grant a long kiss out of the blue and then closes the door behind her with a most suggestive look. This moment comprises all that 'Hitch' saw in his film heroine - promise, seduction, sex, dominance, unpredictability and danger.

The 'Master of Thrill' was feared for his bullying behaviour on the set and also notorious for humiliating his female stars in front of the assembled film crew. Grace, on contrast, he always treated courteously and with utter politeness. Her talent and personality influenced the film director so much that he later tried (in vain) to shape other actresses to her image.

In 1955, Grace met Prince Rainier Grimaldi III of Monaco at the Cannes Film Festival. The magazine 'Paris Match' had arranged the meeting.

At first Prince Rainier was considered somewhat suspicious by her strict father.

Nevertheless, the celebrity couple married one year later. The screen princess finally got her real life prince and from then on was called 'Grazia Patrizia of Monaco'.

Since then, the hitherto relatively unnoticed principality owed its glamour factor mainly to Kelly's star status.

The royal wedding became the media event of the year. The bride's arrival by luxury liner with her entourage of 60 friends, her entire family and 30 photographers was an unprecedented media event ‚made in Hollywood‘. Her film studio MGM had been granted exclusive film rights to the wedding and covered the cost of the wedding dress made by a Hollywood costume designer, which summed up to 7,200-dollar, an unheard-of amount of money at the time.

More than 30 million TV viewers in nine countries watched the wedding ceremony in the Monaco Cathedral on 19 April 1956. Guests such as Aristotle Onassis, Cary Grant and Ava Gardner were present when the actress gave her wedding vows to the Prince.

Only a short time before, Grace had stated in an interview that she would rather prefer the screen when having to choose between a film career and a marriage. Now she was married to a man whose government officials considered the film business incompatible with the duties of the wife of a prince.

When Hitchcock tried to engage his favourite actress again in 1962 for the leading role in "Marnie" and fierce protests shook the principality, she finally turned it down and set an end to her film career.

Her new role, which she filled with charity and official events as well as being the mother of three children - Princess Caroline, Prince Albert and Princess Stéphanie - made her popular beyond the country's borders. As a devoted First Lady, the Princess built orphanages and kindergartens, helped the Red Cross to flourish again and set up numerous charity events.

In September 1982, Gracia Patricia, together with her 17-year-old daughter Stéphanie, was on her way back in a Rover 3500 to the city of Monaco from her French summer residence Roc Agel. In her former life as actress Grace Kelly, the princess had already raced down the route once, accident-free, in the film "To Catch a Thief".

For reasons still unknown, the car drifted off the road in a hairpin bend and plunged 40 metres down a steep slope. Both passengers were taken to the "Centre hospitalier Princesse Grace", named after the Princess. On 14 September 1982, 2 days before her 53rd birthday, Gracia Patricia finally succumbed to her severe injuries. Her daughter survived the accident.

The Monegasques venerate Gracia Patricia to this day. It is mainly her who they owe the so called 'Golden Age' in the 60s and 70s, when Monaco flourished economically because the international jet set discovered the Principality. First, show and film stars like Frank Sinatra and Sammy Davis Jr., Clark Gable and Sophia Loren went ashore in Hercules Harbour. They were followed by millionaires and mannequins, investors and tourists.

Excerpt from the letter of Princess Grazia Patrizia

Princess Grazia Patricia wrote her letter (dated: Aug. 7th 1970) on monogrammed princely stationery to the newspaper columnist Leonard Lyons. He was reknowned for his discretion, could keep secrets to himself and thus enjoyed the respect of his interviewees.

She thanked him in a cordial tone for a recent article and chatted about family matters:

I took both Albert & Caroline to the States at the end of June & put them into summer camps ...

Many affectionate thoughts to you & your family. Hope we get to see you in N.Y. before too long –