Handbag with a handwritten letter of Charles A. Lindbergh

The limited edition „Aviator No.1“ with a handwritten letter of Charles Lindbergh includes a total of 25 handbags only. In a concealed section, each bag includes a genuine piece of a letter written by Lindbergh in 1968. This artefact is a very rare specimen, since he usually used to typewrite his letters.

We cut this artefact into pieces under the supervision of a notary, sealed them in acrylic panels and worked them into our luxury bags. Each bag comes with a glossy photo of the complete original document.

In his letter of November 16, 1968, Lindbergh invited a friend ('Dear Sam') to his estate in Connecticut for the following Sunday. He mentioned a speech by his wife Anne Morrow, also a pilot and writer, which had just been finished:
„Anne’s N.L.S.S. address has just been typed. I enclose a copy. We look forward very much to having you with us at Scotts Cove Sunday.“ 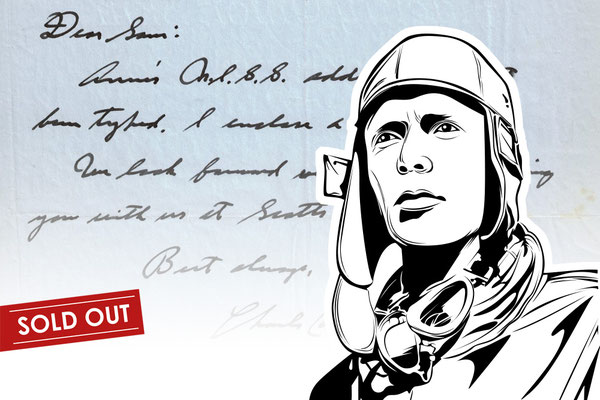 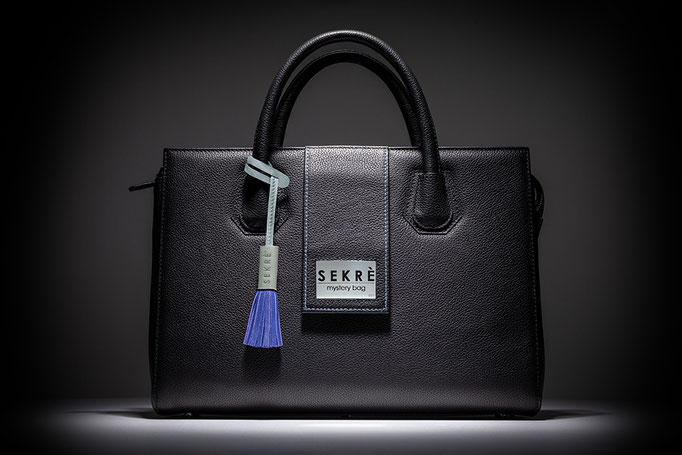 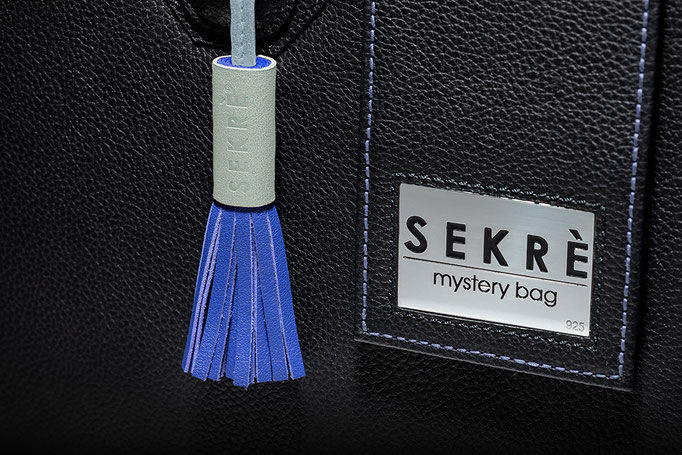 Charles A. Lindbergh, born in Detroit in 1902, was the first person to make a non-stop solo flight across the Atlantic from New York to Paris on 20/21 May 1927.

Lindbergh had completed his flight training with the United States Army Air Service. In March 1925 he graduated first overall in his class, thereby earning his Army pilot's wings and a commission in the Air Service Reserve Corps.

At that time the Army did not need additional active-duty pilots. In October 1925, Lindbergh was hired by the Robertson Aircraft Corporation and soon became chief pilot for the Contract Air Mail Route between St. Louis and Chicago.

His historic solo flight across the Atlantic made the handsame, daredevil aviator a national hero of immense proportions. People were "behaving as though Lindbergh had walked on water, not flown over it". Countless newspapers, magazines, and radio shows wanted to interview him.

The city of New York New York honoured him with a confetti parade and the US congress awarded Lindbergh the Medal of Honor, the United States' highest military decoration.

First Couple of the Skies / The kidnapping of the Lindbergh baby

In 1929 Charles married 23-year-old Anne Morrow, whose father was a partner at J. P. Morgan and Co. and his financial advisor. They were married in a private ceremony at the home of her parents in Englewood, New Jersey.

That year, Anne Lindbergh flew solo for the first time, and she became the first American woman to earn a first-class glider pilot's license. In the 1930s, both together explored and charted air routes between continents. The Lindberghs were the first to fly from Africa to South America and explored polar air routes from North America to Asia and Europe.

With their joint flights the Lindberghs became the 'First Couple of the Skies' in America.

Lindbergh's celebrity status also led to tragedy. On March 1, 1932, their first child (they had five more children), 20-month-old Charles Augustus Lindbergh Jr., was kidnapped from their family home. After a massive investigation, the baby's body was discovered on May 12, 1932, some 4 miles from the Lindbergh home.

Again the press paid frenzied attention to the Lindberghs, American media called the kidnapping the "Crime of the Century". Journalists went completely out of control and besieged the family’s house for weeks. By late 1935, the hysteria surrounding the case had driven the Lindbergh family into exile in Europe, first to England, and later to a small island in France.

In April 1939 the Lindberghs returned to the United States and settled in Scotts Cove, Connecticut.

Before the United States entered World War II, Lindbergh was an advocate of non-interventionism. He supported the anti-war America First Committee and even resigned his commission in the U.S. Army Air Forces in April 1941. His attitude led to harsh resentment by the Roosevelt Administration and the American public and permanently damaged his reputation.

However, Lindbergh publicly supported the U.S. war effort after the Japanese attack on Pearl Harbor. Yet his efforts to be recommissioned in the USAAF where declined by the White House. Finally the Pilot succeeded in being designated a technical representative to study aircraft performances under combat conditions in the Pacific. In 1944, he took part in fighter bomber raids on Japanese positions, flying 50 combat missions as a civilian.

After the war, Anne wrote books which helped the Lindberghs rebuild the reputations which they had gained and lost before World War II.

In his later years, Lindbergh became a prolific author, international explorer and environmentalist.

'The Spirit of St. Louis', his autobiographical book ,in which he described his solo flight across the Atlantic, won the Pulitzer Prize in 1954.

He was deeply concerned about the negative impacts of new technologies on the natural world and native peoples, in particular on Hawaii, and became strongly involved in conservation movements. Lindbergh campaigned to protect endangered species such as the humpback whale and the Philippine eagle. He was also instrumental in establishing protections for various African tribes such as the Maasai, and helped to found the Haleakalā National Park in Hawaii.

Lindbergh spent his last years on the Hawaiian island of Maui, where he died of lymphoma on August 26, 1974, at the age of 72. He was convinced that „After my death, the molecules of my being will return to the earth and sky. They came from the stars. I am of the stars.“

Lindbergh, who had the lifelong reputation of a faithful husband, managed to keep three love affairs and seven illegitimate children hidden from the world for decades. Nearly 30 years after his death his secret life was revealed:

Beginning in 1957, Lindbergh had engaged in lengthy extramarital relationships with three women in Germany and Swizerland. He fathered three children with a Bavarian hatmaker and also had two sons with her sister, who lived in Swizerland. Lindbergh also had a son and a daughter with an East Prussian aristocrat who was his private secretary in Europe and lived in Baden-Baden. All seven children were born between 1958 and 1967.

Shortly before his death, Lindbergh wrote to each of his European mistresses, imploring them to maintain the utmost secrecy about his relationships with them even after his death.

None of the three women ever married. They managed to keep their affairs secret even from their children, who during his lifetime and even many years after his death did not know the true identity of their father. They had known him by the alias ‚Careu Kent‘ and had seen him only when he briefly visited them once or twice a year.