The limited edition „Belle Femme du Monde No.1“ includes a total of 322 handbags only. In a concealed section, each bag includes a genuine piece of handwritten answers of the French actress on interview questions of the PRIMA magazine from June 2010. We cut this rare document into pieces under the supervision of a notary, sealed them in acrylic panels and worked them into our luxury bags. Each bag comes with a glossy photo of the complete original document.

In June 2010 the French magazine PRIMA conducted an interview with Brigitte Bardot, asking her 26 questions about her life by handing in a questionnare. She answered all questions in her own handwriting. She said that she was still seeing her former lover Alain Delon from time to time and that she still adored him.

When asked about her persistent image as a beauty idol ('belle femme du monde') she replied: "It's always hard to grow old, but that's part of life and you have to accept it". 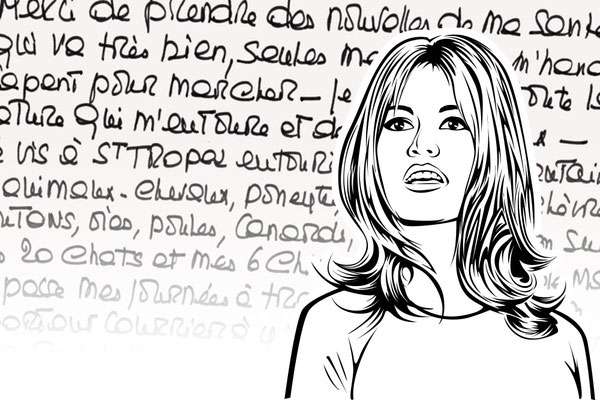 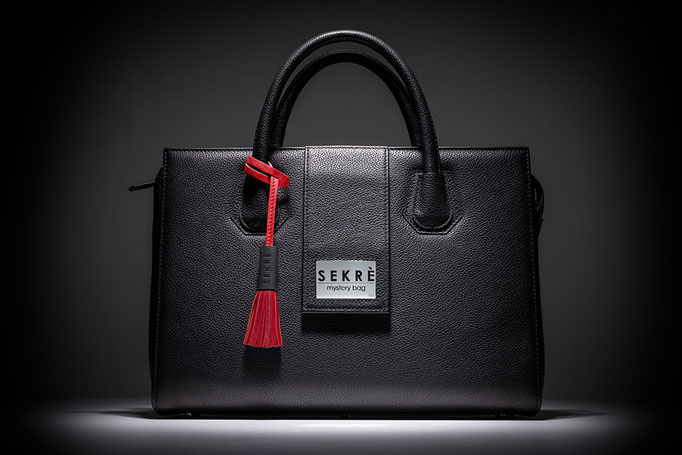 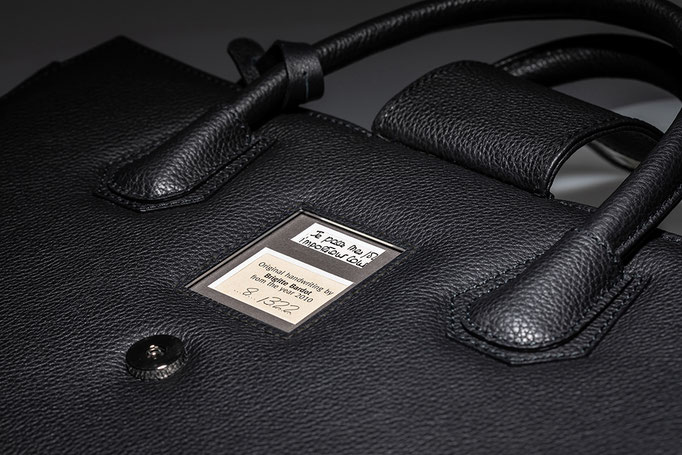 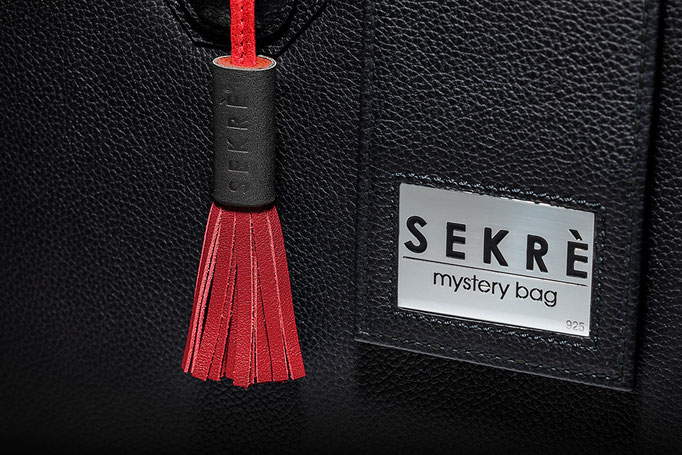 In the 1950s/60s Brigitte Bardot was considered one of the most beautiful women in the world. As a sex symbol, 'B.B.' was the European answer to Marilyn Monroe. Her signature marks: Wild hair, cheeky look and a pout – half a vamp, half a lolita. With her sensual and self-confident beauty, paired with uninhibited eroticism, she created an entirely new women's image. She became an icon of media history and pioneered the sexual revolution.

Daughter of a wealthy family

Brigitte Anne-Marie Bardot was born 1934 in Paris to a well-off family with very traditional and strict behavioural standards. She was demanded to address her parents by the pronoun "vous", which is used to address respectable persons in the French language. Until the age of fourteen Brigitte was only allowed to leave the house when accompanied by her nanny or parents.

When she was 14, the young ballet student was discovered as a model by a photographer. Within a few months she became one of the most sought-after mannequins in Paris and presented haute couture models to wealthy customers in the fashion designer’s salons. Only one year later, in March 1950, Brigitte appeared on the cover of Elle, which brought her an acting offer for a film. At the audition, she met the film director Roger Vadim whom she married in 1952.

Vadim, seven years her senior, had a decisive influence on the career and image of the young woman, who regarded herself as rather ugly. He made her change her natural brunette hair colour and draw the photographers' attention at the Cannes Film Festival to her new blond mane, lascivious pout and provocative bikini poses. From her early films and photos, she helped to popularise the bikini which was then a new fashion of wearing minimal swimwear.

In 1956, Bardot starred in the melodramatic film ‘And God Created Woman’ under the direction of Vadim. The film was a huge success all over the world and turned the young woman into an international star overnight. The myth 'B.B.' was born.

But the actress also caught the attention of French feminists. She was the subject of Simone de Beauvoir's 1959 essay ‚The Lolita Syndrome‘ which described Bardot as a ‘locomotive of women's history‘ and declared her the first and most liberated woman of post-war France.

La Bardot acted in 47 films. Being the export hit No. 1 for years, she also received offers from Hollywood, but preferred to stay in her home country. As a sign of appreciation of her tribute to France, she was the first actress to model the bust of Marianne, the national symbol of the French Republic. In 1985, she was awarded the medal Légion d'honneur, the highest French decoration for military and civil merits.

Life with the jetset

For nearly twenty years 'BB' led a glamorous jetset life and was a favourite object of the paparazzi. Lovers and husbands changed frequently, she was married four times altogether. Among her conquests were actors like Alain Delon and Jean-Louis Trintignant, as well as the singers Gilbert Bécaud and Serge Gainsbourg.

The rich playboy Gunter Sachs, who became her third husband, threw hundreds of roses from the helicopter above her villa in St. Tropez to court her.

Ruthlessly hunted by the paparazzi, La Bardot was one of the most photographed women in the world in the 1950s and 1960s. She was often spotted at the Côte d'Azur, which became an international hotspot for the rich and famous fuelled by her prominence.

At the age of 38 she ended her film career and withdrew from the entertainment industry. After retiring from acting she devoted herself to her great passion, the promotion of animal rights and welfare.

More interesting information about Brigitte Bardot can be found under the SEKRÈ-Edition ' Un Souvenir Inoubliable':