Handbag with a letter of the American actress Katharine Hepburn

The limited edition „American Aristocrat“ includes a total of 50 handbags. In a concealed section, each bag includes a genuine piece of a letter from 1977, handwritten by the Oscar-winning actress. We cut this rare artefact into pieces under the supervision of a notary, sealed them in acrylic panels and worked them into our luxury bags. Each bag comes with a glossy photo of the complete original document.

In her New York letter of Sept. 1, 1977, Hepburn addressed the actor Jack Larson, who lived with his partner James Bridges in Los Angeles, California. She commented on a previous letter of Larson:

“Your letter was sweet and made me laugh – Didn’t you catch one – That was the real secret. She didn’t treat the plot. She was that upset. I hear … picture is great…….”. 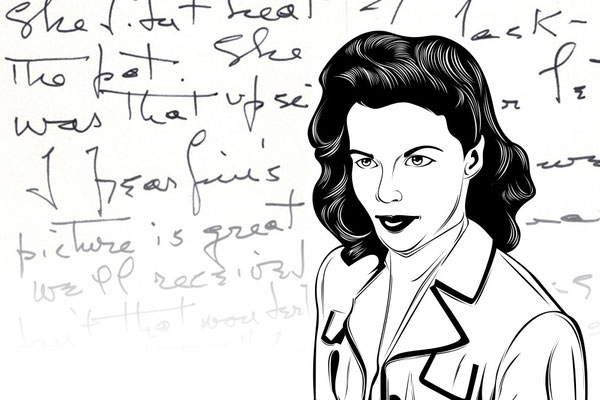 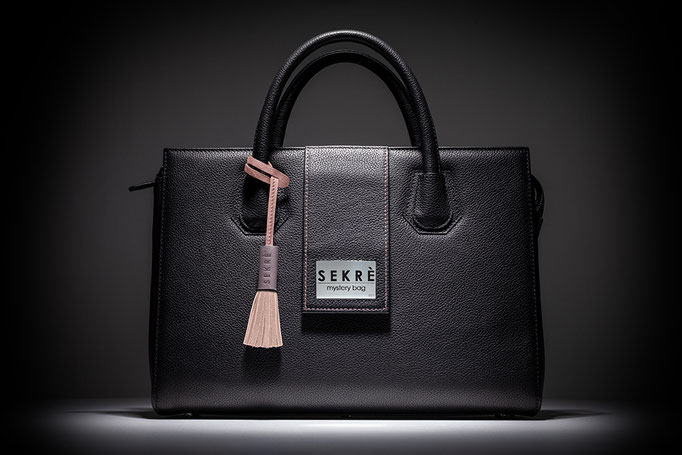 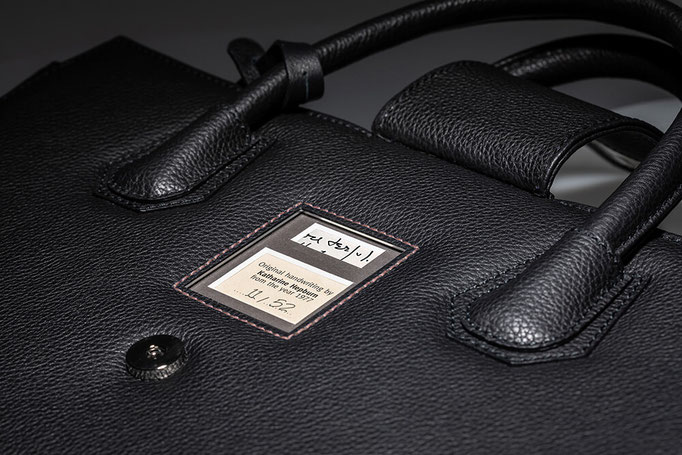 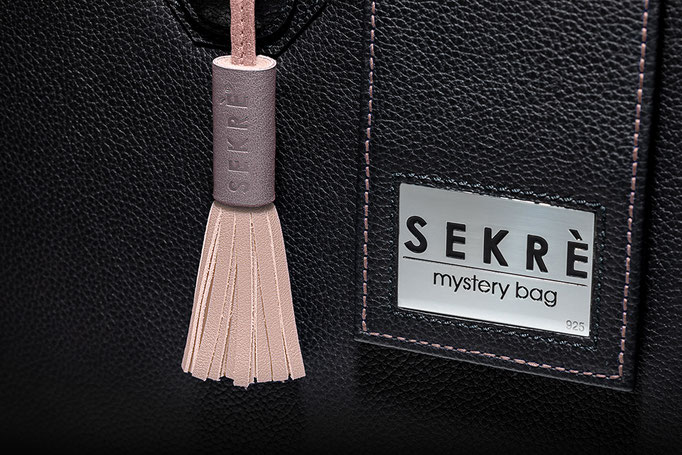 The ‚First Lady of Cinema‘ Katharine Houghton Hepburn (1907 - 2003) had the longest career of all American film stars (60 years). To this day she holds the record of four Academy Awards for Best Actress. In 1999, she was named by the American Film Institute the greatest female star of Classic Hollywood Cinema.

Hepburn was born into an upper-class family from Connecticut and a certain aristocratic nimbus surrounded her for life.

Yet the modern, self-confident women she portrayed in her movies did by no means match the ideal of the screen stars of that time, like Greta Garbo or Rita Hayworth: self-willed, independent and rather boyish. She played such roles most convincingly as they largely reflected her own personality.

Being very sportive, she preferred to wear comfortable clothes off-screen, mostly slacks, and no makeup, never posing for pictures or giving interviews. Hollywood was shocked at her unconventional behaviour.

At the beginning of her career some film colleagues even called her 'Katharine of Arrogance' (after the first wife of the English king Henry VIII, Catherine of Aragon). She never answered questions about her private life, but she also never staged herself as a star.

Nevertheless, she became a major Hollywood actress until she played in a series of unpopular movies. In 1938, the Independent Theatre Owners of America put Hepburn on a list of actors considered ‘box office poison’.

So she left Hollywood to look for a stage project, and signed on to star in a  Broadway play called  ‘The Philadelphia Story’, which became a huge success. Hepburn bought the film rights and used them as a ticket back to Hollywood. She sold the film rights to MGM on her own terms and on the condition that she would be the female star. She became the first actress ever who could make her own choice of film director, scriptwriters and cast.

The film version of ‚The Philadelphia Story‘ (1940), was a box-office hit and Katharine won her third Oscar nomination. The Hollywood legends Cary Grant and James Stewart were her male co-stars, and it remained the only film in which both of them performed together.

From now on, Hepburn was considered the icon of screwball comedy and could decide by herself which roles to play. At the age of only thirty-three the self-determined actress had finally triumphed over the Hollywood establishment.

In 1942 Hepburn reached the summit of film fame with 'Woman of the Year'. On the set Katharine met the love of her life, her male co-star Spencer Tracy. They made a total of nine films together and were also a couple in private life until Tracy's death in 1967.

From 1950 on ‚The Great Kate‘ played mostly and very successfully eccentric old maidens, while former Hollywood goddesses like Greta Garbo and Rita Hayworth had been forced to retire from film at the age of 40 at the latest.

In 1981 Hepburn starred together with Henry Fonda in the melodrama ‘On Golden Pond’. It became one of the most successful films of the year  and a box office hit. The film won her a record fourth Academy Award at the age of 74.

Katharine Hepburn rejected the customary Hollywood glamour shows throughout her life, she did not collect any of her four Oscars in person. She was one of the few great stars in Hollywood who made no attempt to sugarcoat her true personality for anyone. She always lived her life by the motto: “If you obey all of the rules, you miss all of the fun.”

In honour of her extensive theatre work, the lights of Broadway were dimmed for the evening of July 1, 2003.